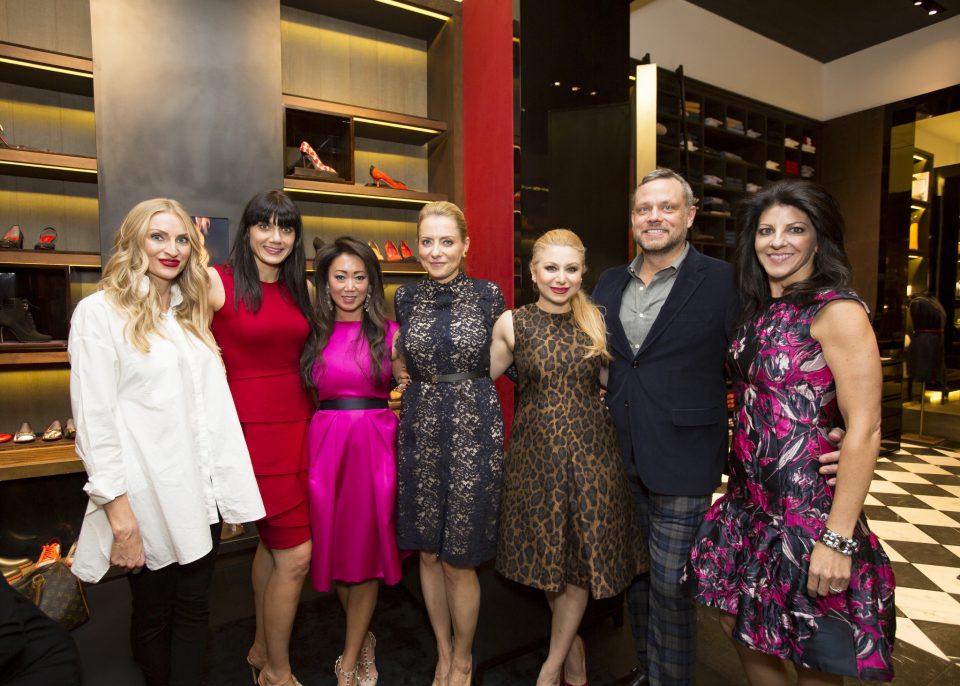 CH CAROLINA HERRERA AND THE HARRIS THEATER OF MUSIC AND DANCE INTIMATE FALL/WINTER COLLECTION PREVIEW:
I had the privilege of co-hosting an intimate viewing party of CH Carolina Herrera Women’s and Men’s Fall/Winter collection in partnership with The Harris Theater of Music and Dance. The evening was filled with beautiful people, in beautiful clothing, supporting a beautiful cause. The co-hosts of the event were Isabella Sloma, Stewart Smith, Diala Joseph, and Donna Hall.
CH Carolina Herrera donated 10% of that evenings sales towards Harris Theater’s IMAGINE Campaign, which helps the Harris’ significant renovation plan to improve access throughout the building and build the future of performing arts in Chicago.
The event also connected those in the community coming together for the performance of Sharon Isbin Featuring Isabel Leonard, which took place back in November. This Chicago Debut was breathtaking! It left me in tears as these two powerful women joined forces to put on a program that left the audience captivated. Also, they were dressed impeccably as they took the stage!
As we spent the night shopping, CH Carolina Herrera collection came to life! It is versatile, fashion forward and features some of the sleekest stylings. They have an amazing selection of clothing, handbags, wallets, shoes, and gifts for the entire family. I highly recommend stopping by their location at 70 E Oak St., and set up a private shopping consultation. Those at the store are beyond helpful pulling looks together, and even getting all of your holiday shopping done in one spot.