The Vajacial: 8 Minutes That Will Change Your (Intimate) Life 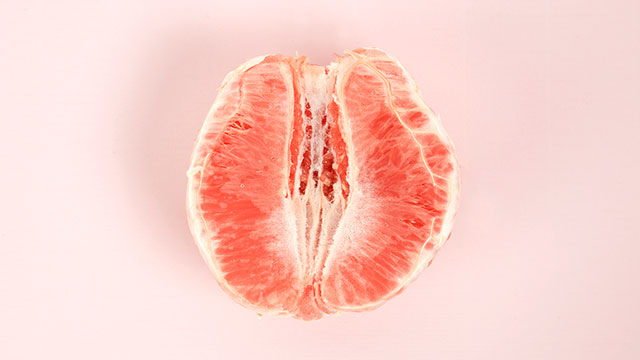 I’m about to get real with you babes. Maybe a little TMI, but if the Kardashians are doing it then you better believe I am too.
I have two kids. One of which was roughly nine pounds when they were born. While it’s been nearly five years, things have never quite been the same…down there. This is not only normal, but EXTREMELY common among women post-child birth. My fellow mamas will feel me when I say that sneezing in public is not the same as it once was. And wailing, “I’m about to pee my pants,” in the midst of a laughing fit is no longer just an expression.
So when I found myself laying half naked on a table at Beautify at AMS about to receive a vaginal rejuvenation treatment, I wasn’t particularly shocked. I mean, a girl can only do so many kegels! Popularly known as the ‘vajacial’, this treatment has quite literally taken over the beauty world. I had been researching other forms of vaginal rejuvenation, but they all included surgery and a painful recovery process. I went through labor twice, I don’t need to experience any other form of torture down there.
But then I was introduced to Edith Diaz, a licensed aesthetician and owner of Beautify at AMS. She informed me of a non-invasive vaginal rejuvenation treatment that uses the radio frequency to target the intravaginal tissue thus improving a woman’s intimate well-being. Basically it’s supposed to tighten everything up without surgery. I was still apprehensive until she told me the procedure length which is only eight minutes – I repeat, EIGHT MINUTES. I scheduled my first appointment right there on the spot.

On behalf of females everywhere, thank you to the genius who invented The Ultra Femme 360. I mean for something so pas parle, they made it sound pretty chic, right? The treatment targets two areas: vaginal canal and the labia (basically, the inside and outside respectively). Through the use of thermal energy, the device stimulates blood flow and collagen production returning the area to a rejuvenated state. Femme 360 is said to not only decrease the size of the vaginal opening and canal, but also increase natural sensation and lubrication. Not to mention, it’s supposed to look nicer too. Guess I’d find out.

Laying on the table, feet in the stirrups, I felt like I was waiting for my yearly gyno appointment. But my Beautify nurse was amazing and made the whole situation completely normal. The treatment began with the vaginal canal (the inside). I was initially dreading this part, but it turned out to be completely painless and not at all awkward. The device works by inserting the Femme 360° disposable tip and moving it alongside the vaginal wall repeatedly inward and outward. Don’t worry, they use a lot of gel. During this time, the wand heats up to elevate the temperature of the target tissue to nearly 140 degrees. In 8 swift minutes, phase one was complete! On to phase two.

Phase two focused on the labia (the intimate exterior). The same heat was applied with a new disposable tip. Again, completely painless. At one point it was a little hot, but nothing unbearable. After my nurse completed one side, she gave me a mirror to evaluate the contrast and HOLY CRAP. The difference was seriously remarkable. I didn’t even know it was possible for it to look that good! In total, both sides took around 6 minutes.

After around 15 minutes, we were done. 15 minutes total for a mini vagina facelift?! After my treatment, I was eager to test it out. I know it looked better, but did the treatment really work? Luckily, my husband was more than happy to oblige lol. Fast forward a month and I’ve done another two treatments since then! The sensation and overall vaginal tightness is WAY greater than before. We get our hair colored and use anti-aging serums on our face, but we often neglect our intimate well being. Which is just as important, if not more important. As a mom, I know it’s something I have struggled with. Quite frankly, it made me feel like an old lady. Fellow mamas, you do NOT have to feel this way. The Femme 360 is your answer. I promise, you will not regret it.